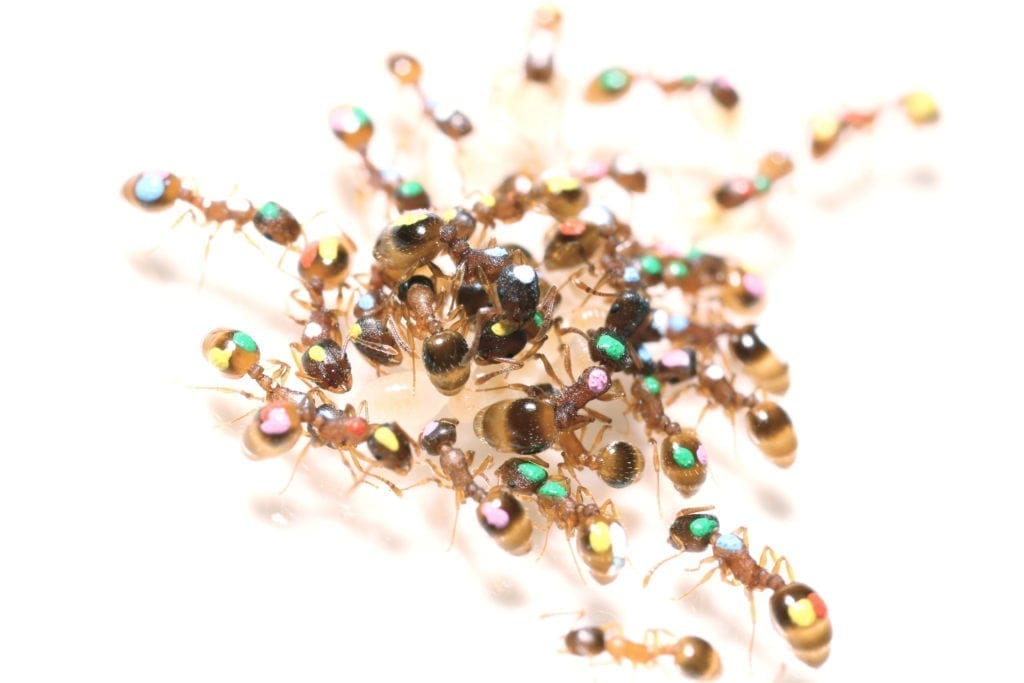 We have been investigating collective intelligence, a phenomenon in which a group processes information together to achieve higher cognitive performance than that of a lone individual. We use concepts and techniques developed in psychology to understand collective intelligence in ant colonies. This approach is inspired by the superorganism concept, which sees a tightly integrated insect society as the analog of a single organism.

Using this approach, we have discovered how colonies are different from individual ants when solving cognitive tasks and how collective intelligence emerges (or fails to emerge). For example, the application of neural models to collective choice shows fundamental similarities between how brains and colonies reach decisions (Sasaki, Pratt & Kacelnik, 2018). We have also shown that 1) rational group decisions can emerge from interactions among irrational individuals (Sasaki and Pratt, 2011), 2) colonies can process more information, and thus are less prone to cognitive overload, than individual ants (Sasaki and Pratt, 2012), and 3) groups show more precise sensory discrimination than individuals, but individuals make better decisions than groups for easy discrimination tasks (Sasaki et al., 2013). See this review paper for more details.

We have recently started investigating a new perspective on collective intelligence: collective learning. Although collective intelligence is typically studied as a one-time occurrence, because animal groups in nature often face the same tasks repeatedly, collective decisions can be influenced by past experiences. We investigate how individuals acquire, retain and retrieve information collectively and, by doing so, how they can improve their performance over time. For example, we have shown, for the first time in a non-human species, that group decisions are influenced by past experiences and improve progressively, a phenomenon known as cumulative cultural evolution using homing pigeons (Sasaki and Biro, 2017). See this review paper for more details. 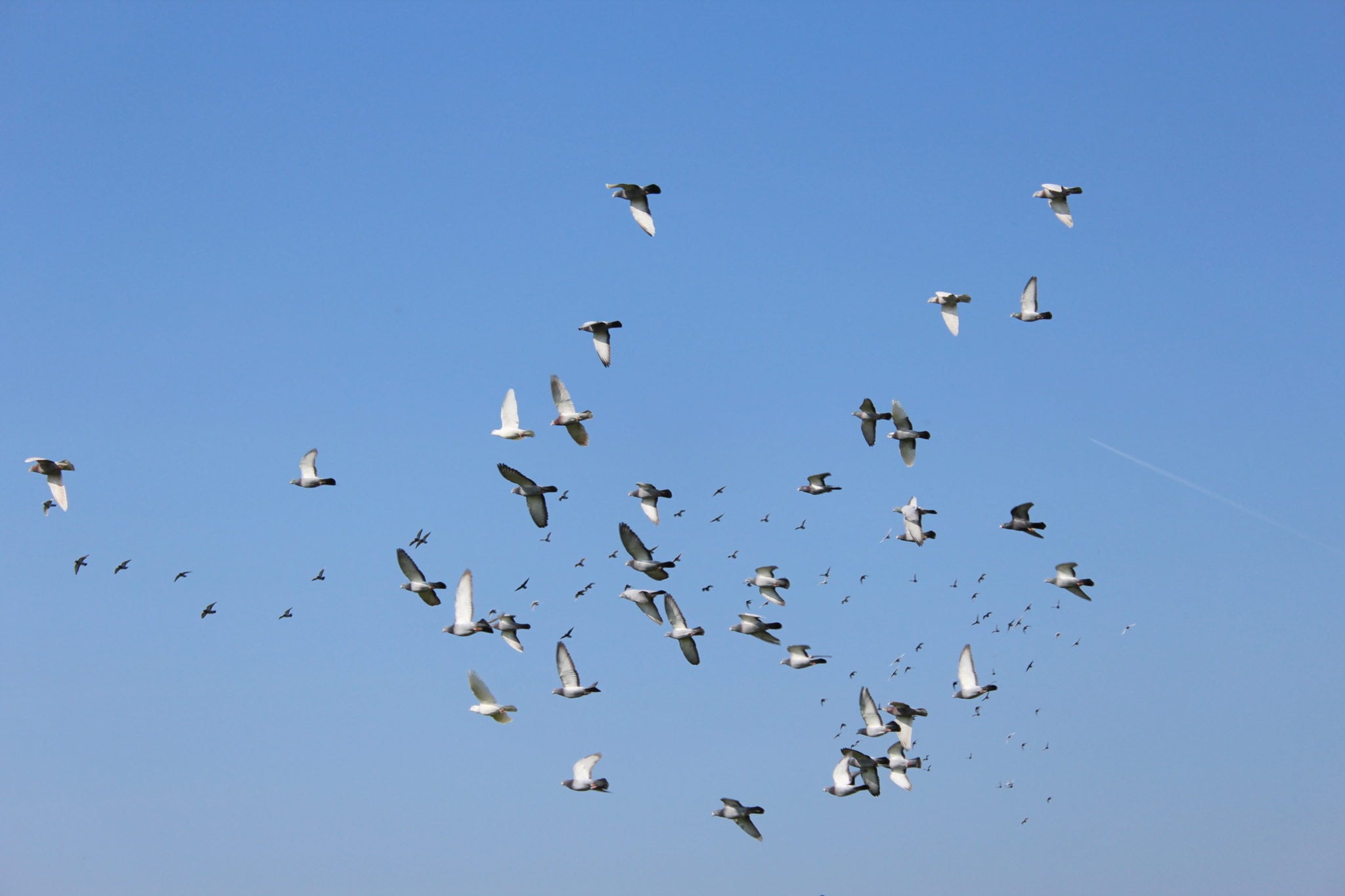 To decipher the underlying mechanisms of collective behavior, we create agent-based/mathematical models and networks based on empirical data. Cutting-edge technologies allow us to precisely capture behavioral data that was previously unobtainable. See videos for examples of applied technologies.